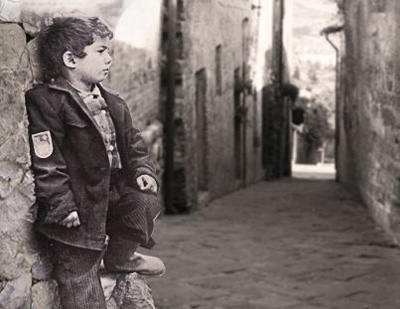 I am a witness

From article “Playing Baseball On The Chessboard: Thoughts About Genocide”

My eyes seemed to be looking inside me, at my recollections. I was going inside myself. I felt as if I was moving through the jungle, clearing, tramping and breaking my own way and reliving the memories as horror enveloped my face like a spider’s web…

Agdam, my home town, was 18 km away from Khojaly. In the morning after the Khojaly massacre, on 27 February 1992, I went to Agdam. It wasn’t yet a ghost town then. I had promised to write a story for the newspaper I was working for, but couldn’t. My hand could not write what my eyes had seen. A child with eyes hollowed out, a woman with her stomach incised, men with noses and ears cut off…

Never before had the Agdam mosque seen so many bodies at the same time. There wasn’t enough firewood, water, people to wash the bodies or cloth to wrap the corpses in. The town was completely paralysed. The wounded were still coming in, POWs were still being exchanged. Eyes were looking towards Khojaly, numb hands were digging graves. The town had no tears to cry as fear had dried them out. 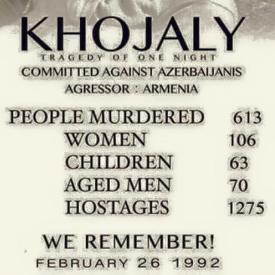 The hands and feet that eventually became gangrenous … People left their homes wearing only  their night-gowns, walked barefoot along secret paths covered with snow, bypassed mountains and forests. Several days later they reached Agdam in

groups of five and 10. They spoke about what they had gone through, not in sentences but in separate words, syllables, as if a doctor were administering medicine in doses.

No-one knew how many people were left behind. Local commanders were in talks to recover the bodies left behind and to exchange prisoners, while corpses kept coming in. Those released from captivity spoke about the torture and humiliation they had witnessed. Terror was depicted on the faces of those listening.

Fear paralysed the town. The enemy had achieved what it wanted: widespread fear and panic. Those were the most horrifying moments in the history of the town. A year later, Agdam’s own houses, streets, gardens would be destroyed, razed to the ground, set on fire.

…The revenge for Khojaly cannot be exacted by another ‘Khojaly’ on Armenian territory. Only when those guilty of the carnage are brought before the international tribunal (as was the case with the Nuremberg trial) and when Armenian people sincerely regret and apologize (as Germany did with the Holocaust) can the problem be closed.
Justice can be done not through hatred of the enemy, but through love of Karabakh. Hatred and animosity destroy the person cherishing these feelings, not the one they are aimed at, make people less human. Hatred undermines human spirituality and deprives humans of objectivity and rational thinking.

I know no other sin as bad as teaching a child to hate someone and raise him as a murderer. And I know no religion which would justify and forgive such a sin.