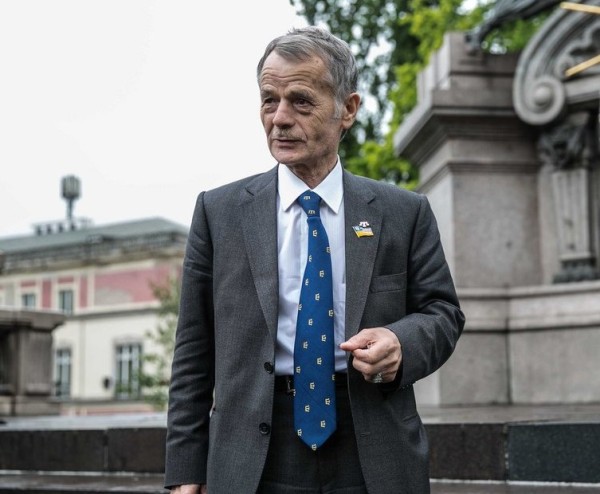 The Oath of Mustafa Dzhemilev

“We were pushed onto freight trains like cattle, without even the time to get dressed. Many of us were still in our pajamas. The train rolled along for days on end. Of course, we were given no water and my young sister was suffering from thirst. My mother sliced a vein open on her wrist, and brought it up to the lips of my sister… who drank my mother’s blood instead of water.

But she didn’t make it, and my poor sister died in the train wagon. At every station, soldiers entered and checked the wagon for the dead. For many years after, I dreamed of her body being taken away from us forever…”

I was told this story in 1996, by an older Crimean Tatar woman whose name I have long forgotten, but whose words I remember well. She has since sold her house in the village of Khirdalan near Baku and returned to Bakchisaray – her hometown.

One Nation, One Fate

Those who are more or less interested in political history are probably well – acquainted with the historical treatment of the Crimean Tatars by Russia. On May 18th, 1944, the centuries – old political question of the Crimean Tatars came to an end when the local population was gathered up and flung out into the far corners of Central Asia — and this after being shortly liberated by troops of the 4th Ukrainian Front after 3 years of Axis rule.

In that frightening night, the last 200,000 Crimean Tatars were exiled to Uzbekistan, Kazakhstan and Mordovia from different regions of the Crimea, where their population had once numbered close to a million.

In 1956, the Crimean Tatars were rehabilitated as were other nations that had been oppressed during the period of Stalin’s terror. However, they were not granted the right to return to their homeland.

The National Movement of Crimean Tatars fought for recognition of this right for many years. Some even went so far as to sacrifice their lives for the cause: in 1978, Musa Mamut, arrested and accused of having violated passport and residency regulations, set himself on fire. In his honor, the poem “A Torch Over the Crimea” was written.

Since the partial return of the Crimean Tatars, which gained speed in the late 80s under Gorbachev’s perestrojka, and then later again after the fall of the Soviet Union, I have combed the Crimea inch – by – inch, and glanced with the eyes of my Crimean Tatar friends at the traces of their former lives that have been mostly erased by time, Tsarism and Soviet power.

I have stayed and lived with local families, spoke to them of their traditions and beliefs – many of which are shockingly close to my own. I’ve listened to their poetry, to their songs, and though the words themselves I may not know, the melodies and themes are no less dear and familiar to me. Most importantly of all, their speech seemed to me a very close cousin of the Azerbaijani language…

It was touching to see the zeal of a nation having just returned to its homeland that had set about reconstructing walls, houses and their cultural and historical legacy. A young girl I met was thrilled to have found a piece of a carpet as big as the palm of her hand in some rubble. To her, it was a treasure: the girl turned out to be a carpet weaver herself, and she was happy to have found material evidence of national carpets weaved by her ancestors. “Now,” she told me, “I’ll be able to make a true Crimean carpet myself.”

Samples of folklore created in exile that were recounted to me reflect the bitter fate and history of this poor but valiant nation. Poems and songs from this period speak of national loss on a devastating level. Listen to the song, “Ey guzel Kriim!” – “Oh Beautiful Crimea!” and you’ll understand what I’m talking about.

Despite the number of regime changes in Moscow over the past several centuries, the political stance of Russia on the Crimea has remained the same, even until today. I’ll make one example: in 2012, Akhtem Seytablaev’s film “Return”, dedicated to the last deportation of the Crimean Tatars, disappeared from all Russian sites. Only a 2-minute trailer remained.

A coincidence? I think not: who has the capability to erase a film from hundreds of sites?

However, despite the obstacles in front of them and much in thanks due to their unbreakable will, the Crimean Tatar people have firmly re-established themselves back on the peninsula: they now consist of slightly more than 12% of the Crimean population.

From a socio-political point of view, I would venture to say that they are the most organized minority group on all of the territory of the former USSR.

Much of this has been thanks to the tireless efforts and aspirations of one man: Mustafa Dzhemilev.

During the deportation of the Crimean Tatars in 1944, Dzhemilev was a one – year old infant who had barely learned to walk.

I first met Mustafa Aga in the summer of 1994 at the Congress of Turkic Youth which took place in Bakhchisaray. This was an important moment for many Crimean Tatars, as they saw many of their compatriots returning en masse.

Mustafa Aga’s simplicity and talkativeness made him a quick favorite amongst the attendees of the congress. A few years later, participating as an observer at the Parliament of Crimean Tatars, I heard how Dzhemilev – the then chairman of the parliament – answered to dissenting voices of the community with understanding and compassion.

I was charmed by the democratic atmosphere he brought with him into the room, and by the leader himself, who had spent 15 years in Soviet prisons and camps.

Later, we met again in the Crimea and in Kiev. In 2003, we invited him to Baku to the International Center for Pluralism. This was the first time he had been in Baku, and noted that he felt as if he was returning to a second homeland.

Subsequently, his sister, Dilara Seidvalieva, also came to us in Baku. When she told my mother of the horrors she and her family had experienced, my mother, tasting the bitterness of exile and the life of a refugee, said with tears in her eyes: “Your suffering has been worse than ours!”

While our [Azerbaijani] leaders were making mention of “hoisting our Turkic flag in China”, and preoccupied with taking back Karabakh, Mustafa Aga was involved in a more immediate struggle: he was looking for a way to return his people to their homeland.

And he did this with exceptional skill and diplomacy.

He conducted negotiations with the leaders of Uzbekistan and the Ukraine, and requested their assistance in the resettling of thousands of families. He beseeched the (non – Tatar) Crimean leadership not to interfere in the process, and even to facilitate it, if possible. He spoke in front of the United Nations of the difficult fate that had befallen his people.

The Oath of Mustafa Dzhemilev – the Future of the Crimean Tatars

In a Soviet courtroom some 32 years ago on February 15, charged with ‘anti – Soviet’ activities, Mustafa Dzhemilev was given the opportunity to make a closing statement, which I remember practically by heart and which we later published in the magazine, ‘III Sektor’.

His concluding words were:

“Fourteen years ago, in a similar trial lasting 16 days in Tashkent’s Municipal Court, I swore that no one would ever be able to force me to renounce my duty and obligation to my nation as stipulated by my conscience and dignity. Today, I hope to repeat this oath. And I hope that I have the moral will – power to remain true to my principles until the end of my life.”

In the last 25 years, I have been a witness and, at times, a participant in a number of historical events in Azerbaijan’s history: both domestically and abroad. I have had the opportunity to observe and interact with important politicians and activists. And I would like to boldly state that never have I met a second figure like Mustafa Dzhemlev, who has as boldly stuck by his moral, philosophical and humanitarian principles.

Mustafa Dzhemilev even had the strength to stand up to Putin who, while trying to pull the Soviet dissident into unfair bargaining terms about the fate of the (now Russian) Crimea, Mustafa Aga found the strength to resist with his strong convictions. 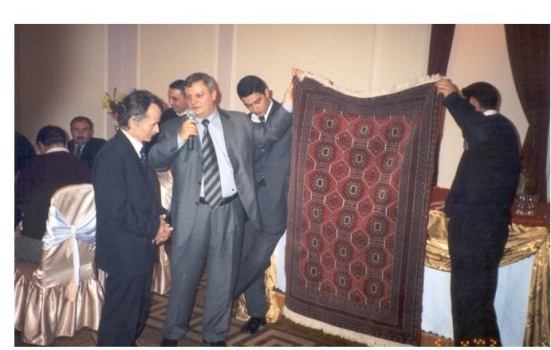 The Crimean Tatars now stand before a new challenge.

Against their will, they have become regional players in an international conflict – and at the same time its prisoner and hostage. I firmly believe, however, that the Crimean Tatars will emerge stronger than before from this situation, using the same courage and strength of conviction as displayed by their former leader, Mustafa Dzhemilev.